The lightroom at home, where our computers, cameras, printers, and related storage and supplies all live has been in a state of chaos for the past couple of years, I didn’t have anywhere to set the scanner up; once I found where it had been stashed.

It took time to dig out the scanner, carve a place for it in the lightroom, hook it up, and find all the trays to get it up and running. After all of that I had hoped, hoped, that I was done mucking about with the technical end and could do some scanning art.

With four rolls of black and white and another three of color from my film experiment at Stan Lee’s Los Angeles Comic Con 2016, formerly Comikaze,  I blocked out most of the afternoon to scan the images to put them up, show people what I was working on with more than iphone instagram photos and wordy blog posts.

I started on the black and white, and the first few images were fine, until I noticed a dark line though some of them. The line was at the same part of the image in all the images. So at first I thought it was a problem with the back, I had expected problems with the back so the line wasn’t a shock. But I couldn’t see the line on any of the negatives.

Keith suggested that I give running the Digital ICE, to see if it removed the line. I ran the test on the next image on the screen; scanning it both with and without the Digital ICE.

Results? The Digital ICE more or less removed the line from that specific image, and it also blocked up my blacks all to hell. 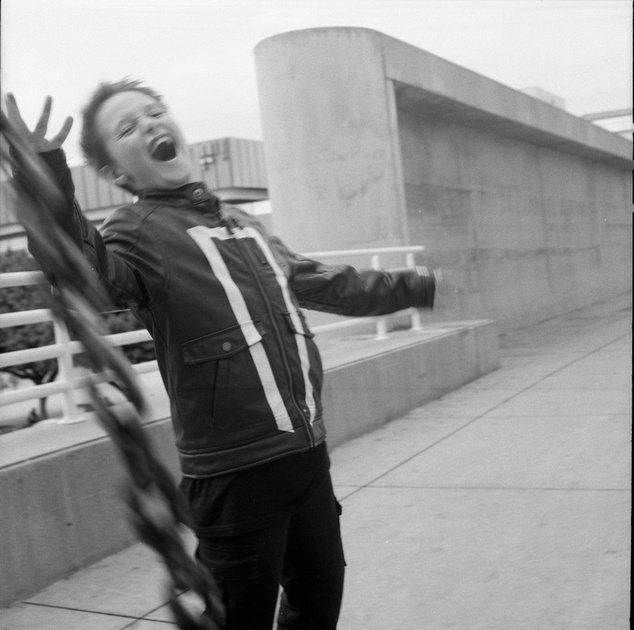 Without Digital ICE, you can see the line traversing the lower third of the image, it's faint but there. 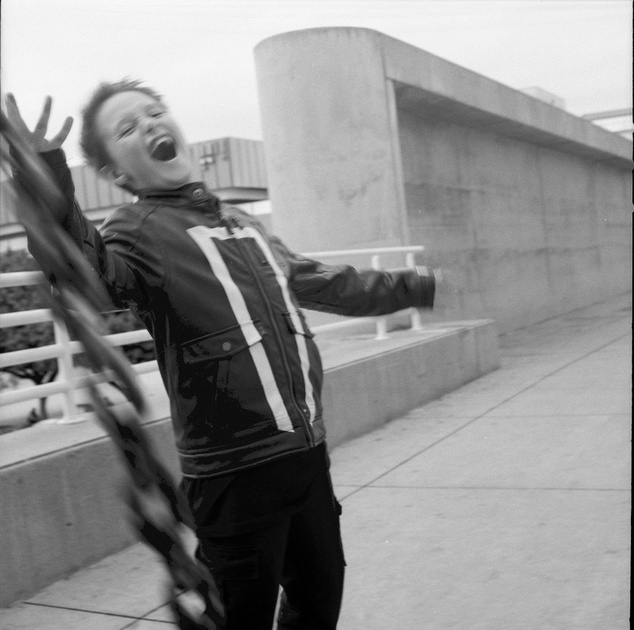 As you can see the line has disappeared almost completely, but the blacks of the cosplayer's pants and jacket are completely blocked up and render the scan unusable for reproductions and printing.

Apparently Digital ICE is just not a fan of contrasty images, dark images, and improperly exposed negatives. And guess what, as this is an experimental run with expired film there are a fair few of contrasty, dark, and badly exposed images.

Digital ICE was not going to be a solution.

At this point I was pretty convinced that the line was on my negatives and I just couldn’t see it, even on a light box with a loupe, it just wasn’t visible.

Look, lines happen, artifacts and leaks and imperfections all happen.

You know what doesn’t happen? 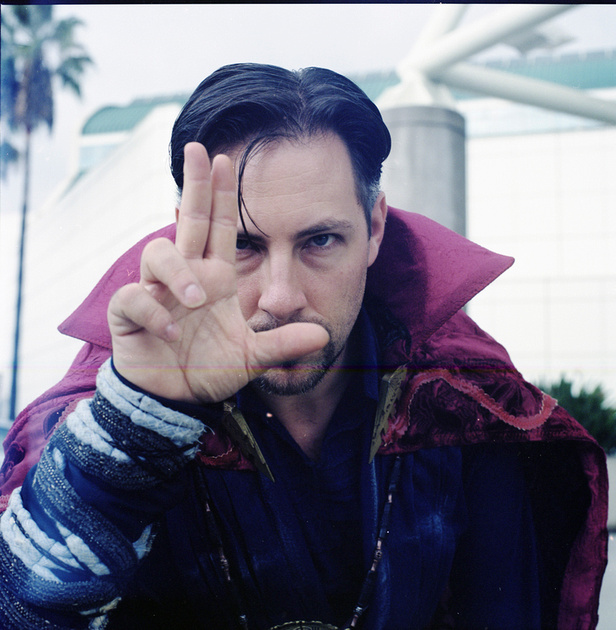 Clear as day across his hand, you can see the stripes of magenta and yellow really well, and cyan is there too on closer inspection. ASDFGHJKL

I had been so focused on the backs and the state of the film that it never occurred to me that there could be something mechanically wrong with the scanner.

So yes. There is a dead spot, perhaps more than one, in my scanner and I am getting little bands of color that do not belong and are not in the negative.

I keep telling myself that part of this experiment was to test all of my gear and that includes the scanner, but while I tell myself that I’m aggravated because I know what this means and I don’t like what it means.

What does it mean?

Good news: my film is relatively good, considering it's been expired for over 10 years, also my backs do not have any kinds of leaks that go across the face of the negative. The leaks they do have are around the edges of the frame, they're kind of cool and I am okay with them.