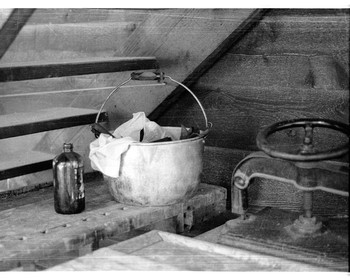 I am (Unofficially) Fresno's Most Unprofessional Photographer. And I'm a heck of a lot of fun.

I was once told I was incredibly unprofessional; and while it hurt, it was also true in many ways.
So if you're going to work with me you should know what you're in for:
I look nothing like a professional, nor do I act like one.
I will show up to our shoot in jeans and a tee shirt; probably with coffee stain down my front, the offending cup still in my hand.
I will spend our shoot crawling on the floor or climbing on trees, even at Cons.
Especially at Cons.
Why would I crawl on the ground or climb a tree?
To make amazing photos.
Because that's what I'm good at.
I will take photos of you as you are, and you are beautiful and fantastic.
Yes. You.
I will never retouch you until you look like a creepy doll, you will always look like you.
Just better.
Unless you're a Cosplayer, in which case I will photoshop the snot out of you until you look like the character you're portraying.
Which includes creepy dolls.
I will crack bad jokes until you laugh and smile for real.
I will curse, unless you ask me not to, and then I won't, because I want you to be comfortable.
If you want to do a shoot dressed as a moose in the back seat of a car, that's fine with me.
Let's do it.
We will have fun.
We will make great photos.
At the end of the day we'll probably be friends.
And if all that makes me Unprofessional, then I don't want to be anything else.

So how did I get into this Cosplay Photography thing?
In 2009 I went to my first con, SacAnime with my good friend and muse Tyler.
It was there that I met Mike of conpix.net, and though I'd been doing traditional photography for years, he introduced me to Cosplay Photography.
I have a lot of good memories of shooting with Mike, he was so positive and upbeat, I learned so much from him.
But that wasn't a one way street, he used to joke that what he learned about photography he learned from me (not true) but I did get him to start playing around with his horizon line.
After that, when he would tilt the camera he would call it a 'debshot', and it became something of a running gag.
A couple of years ago we lost Mike to cancer, and there are still times when I have to remind myself that I can't call to see if he's going to be at the next Con I'm going to.
Mike introduced me to cons, Cosplay and gave me my nickname . . .
And what can I say?
I ran with it.